Champion Equipment Company builds the most capable dirt augers and auger systems on the market. Available with flight thicknesses of up to 3 in (7.6cm) and diameters up to 14 ft (4.3m), these highly rugged tools are well suited for any ground condition, including sand, clay or fractured rock.

A crossbar cutter head auger consists of a heavy crossbar with cutting teeth that span the full diameter of the auger. The crossbar provides an efficient means of balancing cutting forces on the auger. This particular design is recommended for holes less than 24in (61cm) in diameter and is commonly used for post hole augers with a hollow stem and capstan. The auger’s crossbar cutter head is designed to accept standard bolt-on shank plate cutters. 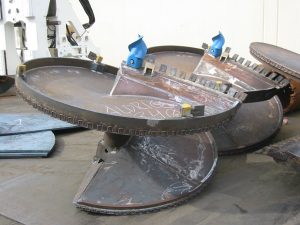 The single cutter head auger is suitable for hole diameters up to 24in (61cm) in sand, gravel or cobbles. In larger diameter holes or harder materials to drill, the cutting teeth can be set in a step-back arrangement to distribute cutting forces on the auger, which facilitates straighter drilling. Single cutter head augers can also be used inside of continuous casings. 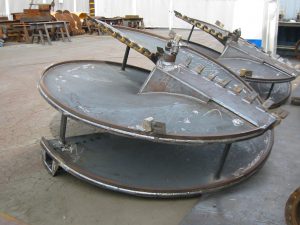 Double cutter heads make up the majority of dirt augers on the market today and are widely used in cohesive soils. Champion’s double cutter head auger features thicker double-bottom flights with teeth set across the full diameter of the tool. This results in a balanced cutting action that allows for drilling of straighter holes. It also results in more power being transferred to the dirt for increased productivity and minimizes wear on the machine.

Champion’s flat auger can be combined with reamers to drill very large diameter holes. Our flat augers are made from flat plate that’s formed into a unique pitched bottom. The result is an aggressive drilling tool that is lighter, stronger and more balanced than other flat augers on the market.

We also offer cupped flight augers, which can be used for drilling in slurry or water. These augers are often used by rathole drilling contractors to create small-diameter preparatory wells in oil and gas applications. The special shape of the flights retains spoils better than standard configurations and drills more effectively than a bucket.

fill out the form below 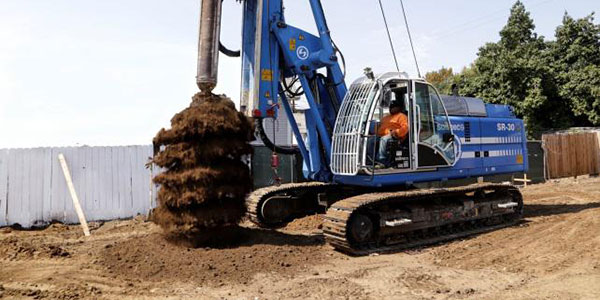 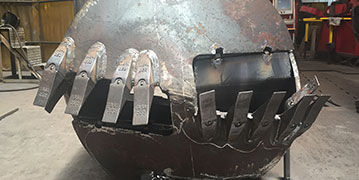 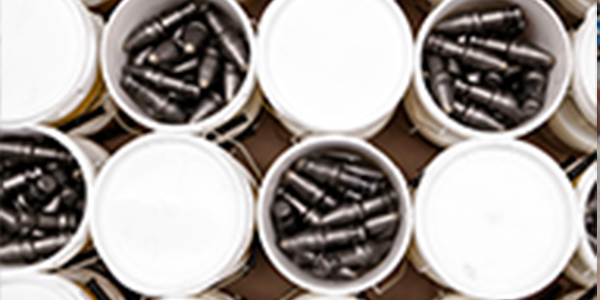